Shelter Bay and Beyond

Not so long ago the US Navy had a base on the northern banks of the Panama Canal - Fort Sherman – built to protect the canal. Today, with the final withdrawal of the Americans from Panama in 1999, it's a quiet spot, squeezed into a wedge of land between the Caribbean entrance to the Panama Canal, and the mouth of the River Chagres, which feeds the canal, mostly covered in rain forest, with abundant wildlife, and is now home to Shelter Bay Marina.


The exotic setting meant that even in the marina we could experience the wildlife. I was the only one in the marina not to spot the resident crocodile. Maybe I just mistook him for a log? (thanks to Sharon for the picture) 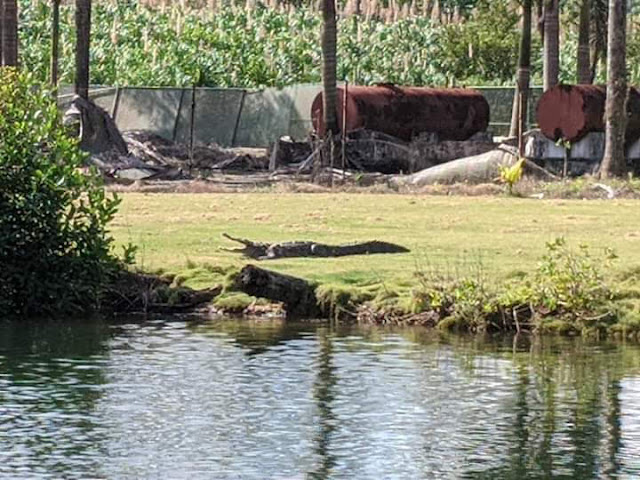 We could hear the howler monkeys every morning and evening. A couple of evenings I went out on "nature walks" - to watch the monkeys, coatamundis (coatis, a racoon like creature) and spot colourful bird life;- toucans and parakeets.

An additional historic connection is the nearby Spanish Fort Lorenzo,  built in the 16th century and now a UNESCO heritage site.  One Sunday we cycled out to the fort along the rutted old concrete service road spotting a number of coatis along the way. The fort has a magnificent site overlooking the mouth of the River Chagres. 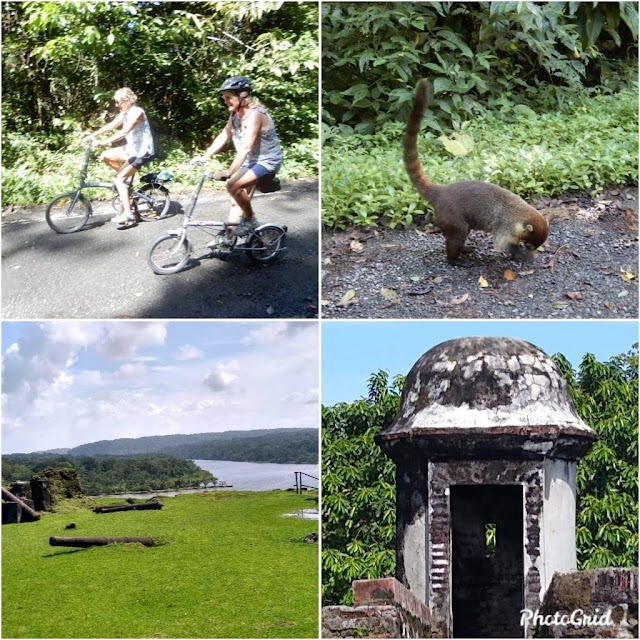 The marina was a good place to arrive to after our exciting sail from Guatemala, and supported us making the necessary repairs to the boat, organising our canal transit, and providing a good venue for meeting up with friends and celebrating Christmas. 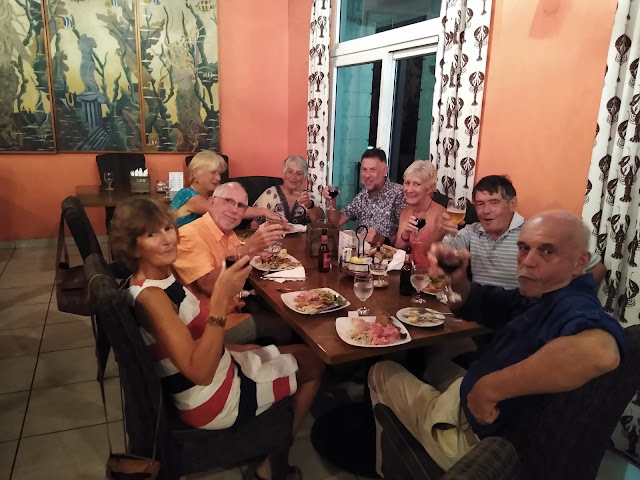 A few of the old base buildings have been repurposed - the old base theatre makes a fantastic sail loft. The old concrete roads leading to the base are still in use for the marina but are in a poor state of repair. But the bunkers, the old church, the officer houses are all being reclaimed by the jungle and look like the set from a movie. 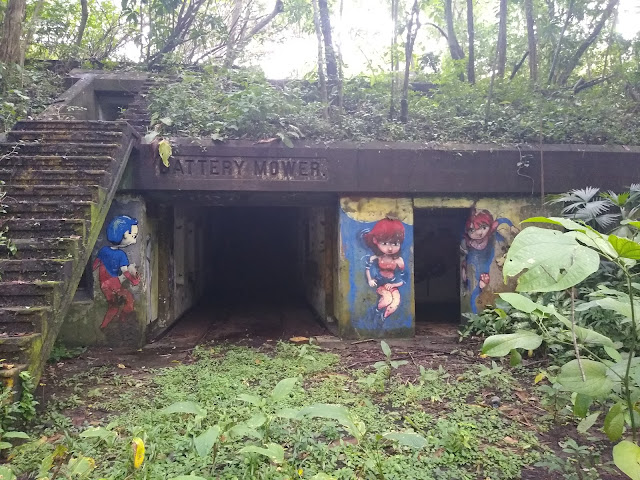 Until summer 2019 this area was isolated from the city of Colon on the far side of the canal...but a big new bridge has been opened, and one would guess that this is an area that may now become part of city development. The up side of the new bridge is that the journey time to town is reduced to a mere half hour. The marina ran a twice daily bus service, taking us to a shopping mall, with a large, well stocked supermarket – a very different shopping experience to Guatemala! Arriving in a new country, it's always fun to find what the local specialities are, and what you will need to live without. Panama offered the best pineapples ever, and tasty smoked pork, but it looked as if we would have to live without unsweetened yoghurt or any cheese other than uninteresting imports from the States.

Once our boat jobs were on the way to completion we took a road trip with friends to the Panamanian highlands. Somewhere our research went a little wrong; What we thought would be a 3 hour drive turned into an all day marathon along the Pan American Highway. This route was disappointingly barren of inviting stopping places and eateries - malls and fast food dotted the way. Our destination, Boquete, has a cool climate making it an ideal spot for coffee growing, We visited a plantation which grew the most highly valued Geisha coffee in the world ($1,000 per pound; or $60 per cup in New York). We enjoyed a $3 sample cup, made with a great deal of love and care. 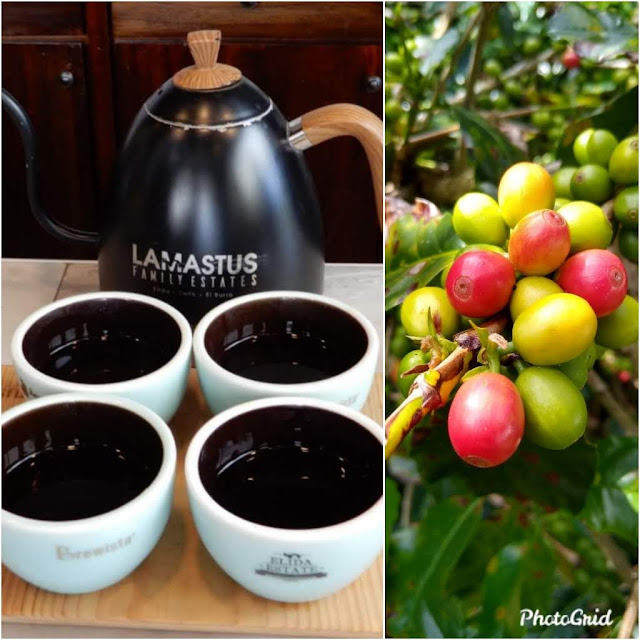 The unique specialness of the coffee was a little lost on us. We're okay about not being able to drink it every day. Other attractions in the area were waterfalls, awesome rock formations, abundant flowers and slightly chilly rain. 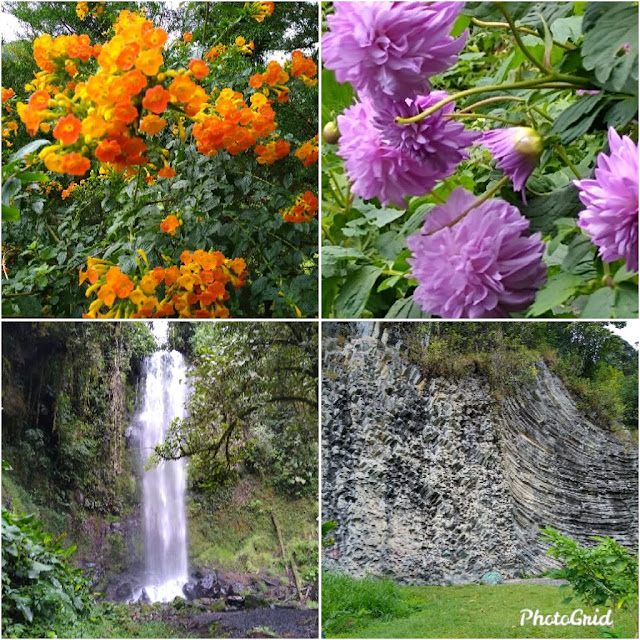 We spent our second evening in our rental apartment, not really fancying a walk out in the rain, watching the UK general election results...assisted by the 5 hour time difference!

Another expedition was to preview our canal transit; assisting friends taking their boat through - invaluable experience for our own transit - and a chance to take the canalside train back to the Caribbean side. Our next departure from the marina was in Tintamarre...heading for our own canal transit.... 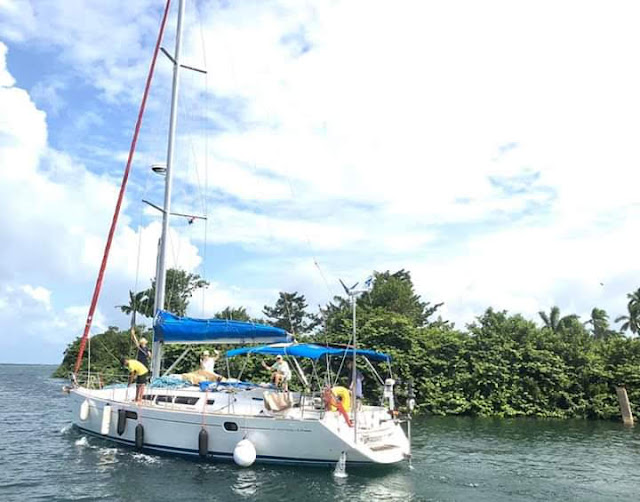 Very informative Clare. I loved all the photos and the colourful flora, fauna and the wildlife. Well done, I enjoyed reading that and felt the heat on this wet and blustery English Sunday.

I am glad to read this post, it's a good one. I am always looking for quality posts and articles and this is what I found here,ready made shade sails