Onwards to Tahiti and Mo'rea (Pacific Crossing to Follow)

Our sail onwards from the Tuomotus to the Society Islands was another wet and windy passage - although it started out with a gentle motor sail the wind we wished for soon built up, though not quite to gale force the seas were coming at us from all directions, resulting in a very uncomfortable and wet passage.

We approached the twinkling lights of Tahiti in the early hours of the morning, in strong winds, flying along at 8 knots. We passed Venus Point on the north west tip of the island and were suddenly in the perfect shelter of the huge but unseen moutains overlooking the bay beyond. Anchor down at 4am, and finally some sleep.

Our first priority in Tahiti was to get some of the ever-increasing list of boat jobs done. We relocated to an anchorage next to the main island marina (Taina), carefully crossing the ends of the islands main runway, (permission was required to pass both ends of the runway). Here, we were also able to complete all the paperwork work to formally check-in and obtain customs clearance. We arranged for our rigging to be repaired (though we will have to wait for parts to be delivered from Europe), and made various electrical repairs.  We were excited to find an excellent chandlery in the marina!

I took a day off from chores to celebrate my birthday with a mooch around Papeete and a restaurant lunch, with dinner on board Tintamarrre with friends in the evening.

Soon, we were off again to the neighbouring small island of Mo'rea. (seen in the distance here from our Tahiti anchorage, as a traditional outrigger canoe crew practice). 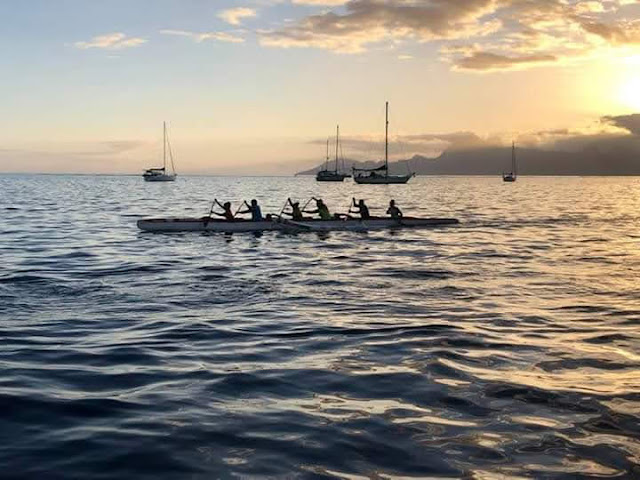 We joined fellow sailors for a weekend of immersion in local culture, starting with a group sail across from Tahiti to a stunning anchorage in a fjord-like bay, Opunhau Bay. Our hosts had a rather lovely shoreside house - which apparently appears on the obverse of French Polynesian coins. Activities included racing traditional outrigger canoes (much harder than it looks, mainly because one has to switch paddling side on command).

There were demonstrations of dancing complete with traditional band and fire eaters. 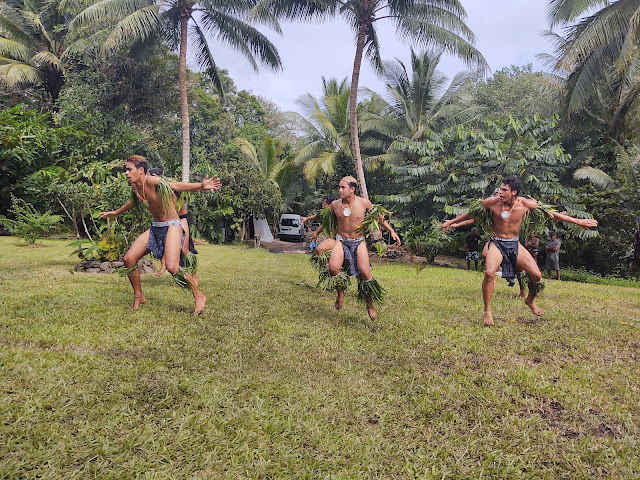 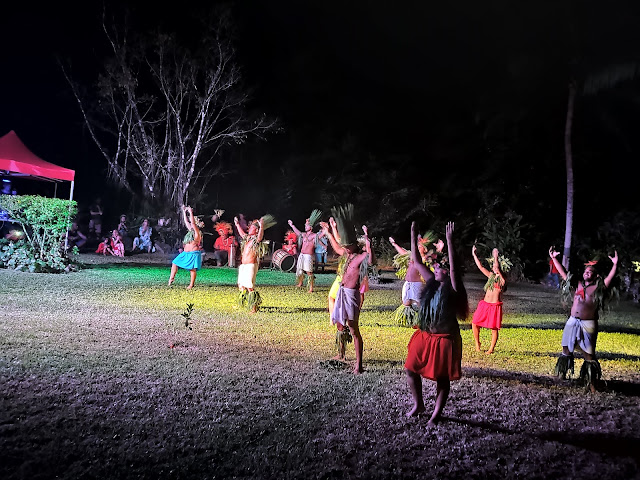 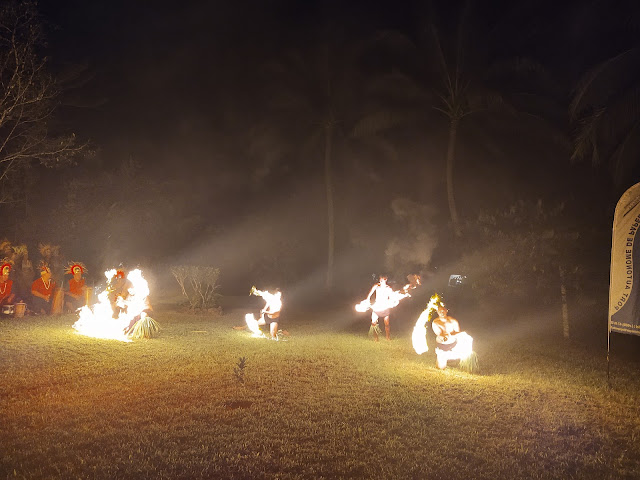 Feasts of traditional food were laid on; though the variety of foods being heaped on to our small plates, together with the lack of forks meant we probably didn't experience Polynesian food at its best! But it was a fun forum for meeting up with other sailors facing the same covid induced dilemmas as us.
We stayed on in Mo'rea where the unpleasantly stormy weather continued, with winds in the anchorage reaching 40 knots. 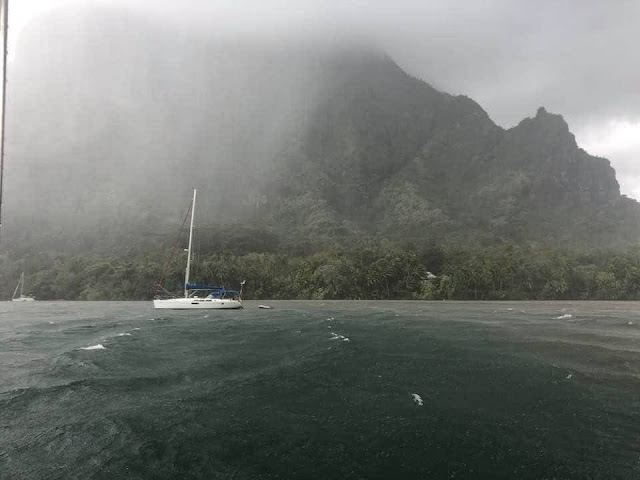 Thankfully this was short-lived and we were able to go exploring; a hike up the hills behind the bay to Belvedere, through pineapple plantations and forests scattered with the ruins of abandoned villages from many centuries ago. 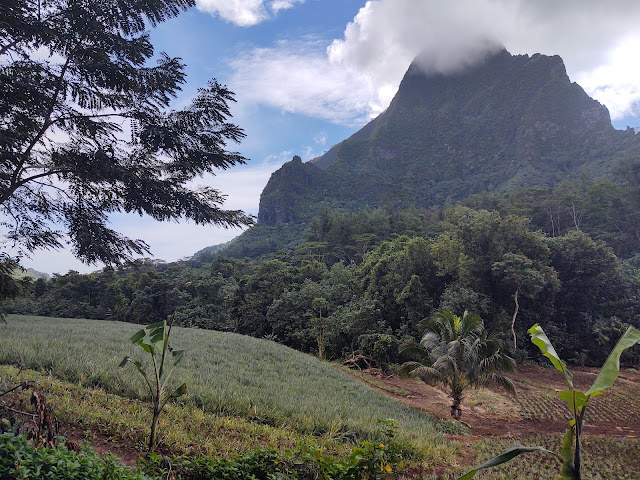 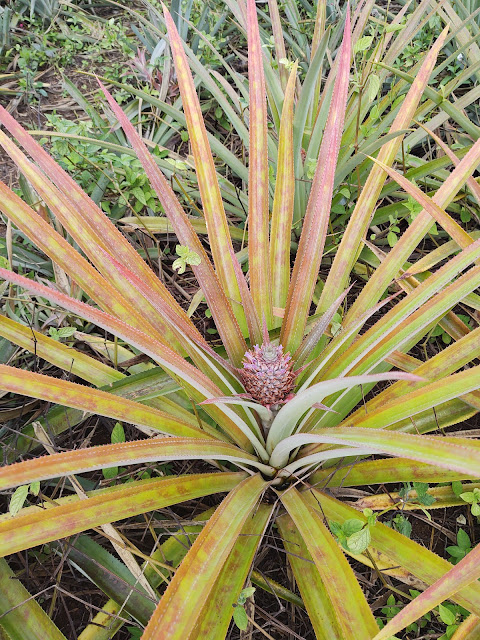 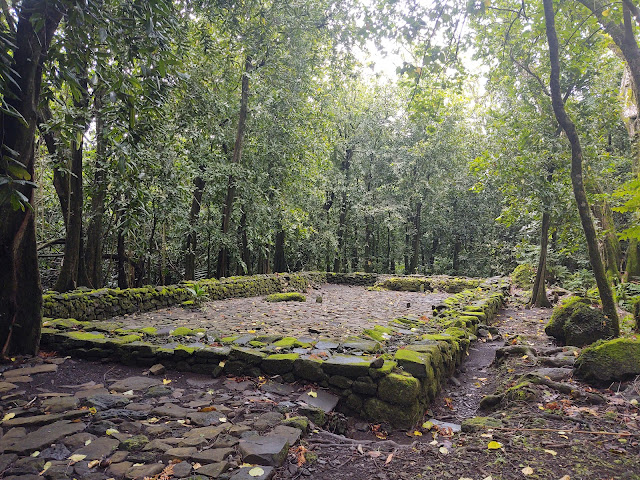 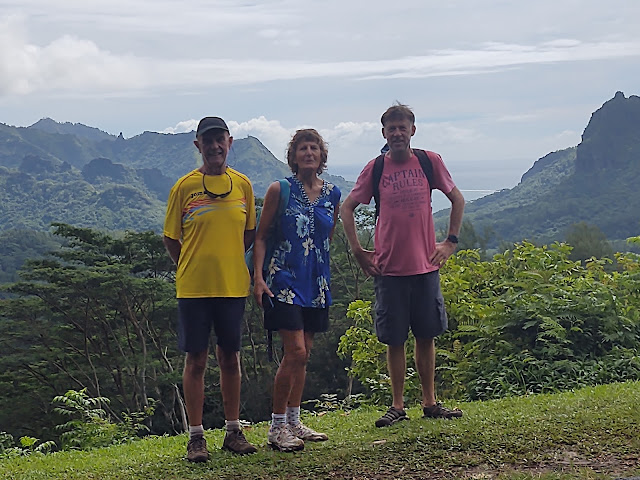 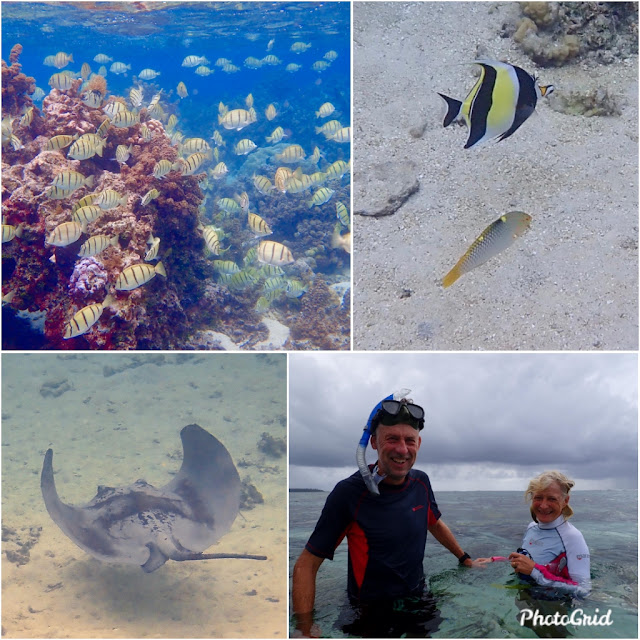 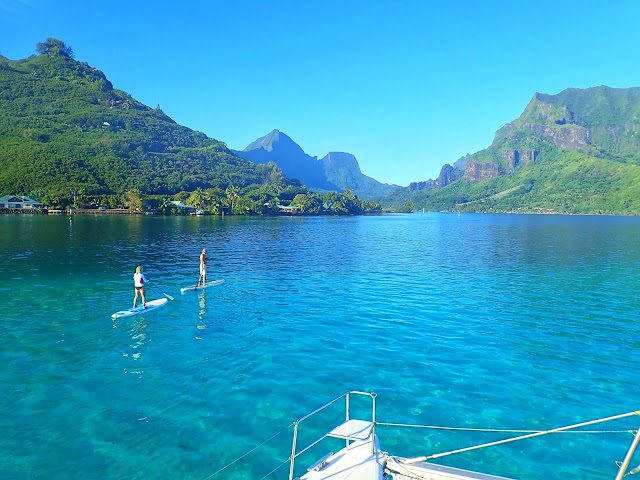 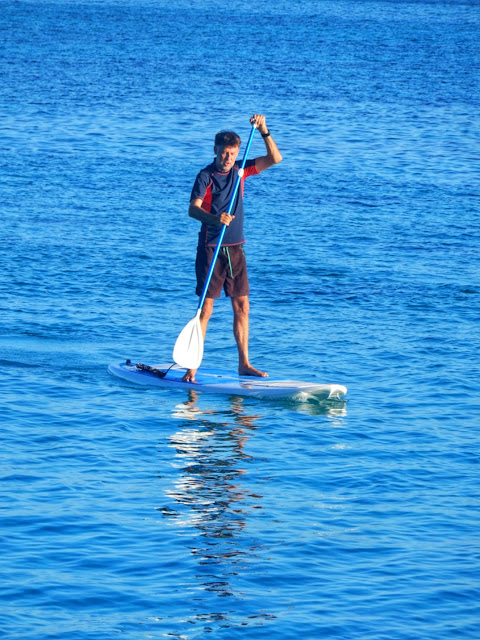 And then swimming with humpback whales which an experience captured on video and drone footage by our friends on two drifters, to follow......
Posted by Clare at 12:05